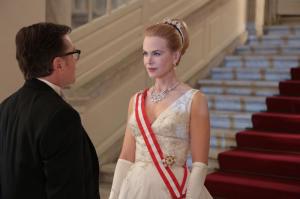 Grace of Monaco was supposed to be a brilliant piece of Oscar bait for Nicole Kidman but ended up getting so screwed up along the way that it went to small screen rather than the big one. I watched it recently (it’s available on Netflix) and I didn’t think it was awful, at least not god-awful, but it’s clear that something went wrong. That something seems to have been tension between director Olivier Dahan and distributor Harvey Weinstein. The film had two distinct cuts and the two men could never reconcile them. The screenwriter, caught in the middle, refused to attend the opening at Cannes because of the controversy. This isn’t the first time Weinstein has tried to intervene between a movie and its director; he tried to kill Snowpiercer and luckily didn’t succeed.

Both the script and the direction feel wooden. There’s no blood running through the 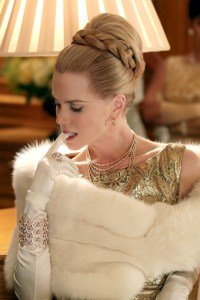 veins of this movie. Physically, Kidman embodies the role of Grace Kelly, especially as a newish princess still trying to make the transition between royalty and Hollywood. The actual royal family, children of Grace Kelly and Prince Rainier, have gone on record that this is a patently inaccurate recounting, fictionalized, fabricated, pointed not a biopic. Either way, Nicole doesn’t do Grace justice. She seems blank a lot of the time, and the performance is uneven. Tim Roth as Rainier isn’t any more inspiring.

So this movie went from getting booed at Cannes to being released on Lifetime, and then straight to video on demand where presumably it can hang out with other ill-conceived disappointments like the Jennifer Lawrence-Bradley Cooper piece of crap everyone wants to forget about, Serena.

Meanwhile, Lifetime is ramping up its cred by making fun of its own reputation. At least, I

thought the Lifetime movie A Deadly Adoption was supposed to be a parody. I mean, you cast Kristen Wiig and Will Ferrell and I just assumed. The movie, though, doesn’t really feel that way until the last 15 minutes or so. Up until then, Wiig and Ferrell are a little too earnest, their parts and the story a little too straight. It’s actually pretty straight up Lifetime sexual thriller, with requisite DAUGHTER WITH A DISEASE!, REVENGE PLOT WITH A TWIST!, and my favourite, SLOW MOTION FOR MAXIMUM DRAMATIC IMPACT!

I actually felt pretty deflated about this movie. I was expecting something a little more…good?

Entertaining? Funny? Worthwhile? Subversive? I don’t really get what was in it for Wiig and Ferrell. Is this a James Franco on that soap opera thing? Like, I’m so square I’m cool? I’m so big I can do anything? If so, it was largely lost on me. I’m voting missed opportunity.

Have you seen either of these? Or anything else on TV that rose above or crashed and burned?