If you’re going to see one Jesse Eisenberg movie this week, please, please let it be this one.

Er.Okay, I don’t really mean that. In fact,if my house was on fire and I had to say which I was more tired of, super hero movies or Jesse Eisenberg being alive, I’d sweat. And not just from the flames, which would be licking at my feet.

How’s a body supposed to make an informed choice between Rio 2 and Batman v Superman: Dawn of Justice? Well, based on titles alone, I’m voting Rio 2. If you’re going to be typing this thing on the reg, you’ll appreciate how few characters you can get away with, even considering it’s a sequel. Batman v Superman is a franchise first and it’s already got a colon! If you’re still unconvinced, I present to you Jay’s Guide for Choosing Between Inevitably Disappointing Jesse Eisenberg Movies.

2. Do you love Rio de Janiero and look forward to seeing it lovingly rendered in 3D animation? If so, keep walking. Despite the misleading title, Rio 2 does not take place in Rio. Console yourself with the lush tropical look and feel of the Amazon, or with Metropolis getting stomped to smithereens yet again (gosh those people are resilient!).

3. Do you love heroic themes of alienation, altruism, and justice? If your heart sighs yes, then check out Rio 2! Did you know that one little city-bird, out of his element in the jungle, can redifine machismo while taking on the logging company and Amazonian deforestation and heraldi

ng cross-species cooperation? Neither Batmam nor Superman have anything on a little macaw named Blu.

4. Conversely, are you maybe in it just for the evilest of villains? I hear Lex Luthor’s got yet another doomsday device (yawn), but Rio 2 is so terrorized by its villain it can afford to practically gloss over the obvious villainy of “progress”, “loss of habitat”, and “corporate greed” to create the greatest antagonist of all time: a Shakespeare-quoting cockatoo with a heart full of vengeance.

5. Or maybe you just like a good old-fashioned ensemble cast of strong performers who will unite against a common enemy. Again: slight edge to Rio 2. I’m going to be honest. There’s no avoiding Jesse Eisenberg in either of these movies, and for that, I truly apologize. But Rio 2 has an excellent voice cast consisting of Leslie Mann, Andy Garcia, Tracey Morgan, Bruno Mars, Jamie Foxx, and especially Jemaine Clement and Kristin Chenowith. Like most sequels meant for children, this one’s bigger and bolder, almost an onslaught of primary colours and laughing at one’s own jokes, of taking the first movie

and not doing much with it, recycling what worked, and putting up some extra musical numbers that only its target audience, kids aged 5-7 bereft of attention spans, can stomach. But Jemaine Clement is the best (and only) reason for an adult to sit through this. Can you really say the same about Ben Affleck? I said good day, sir!

6. The only reason I can think of to watch Batman v Superman, and I assume this happening under some kind of duress, is because of Wonder Woman. It’s about damn time, amirite? I mean, super hero movies make a bunch of macho Brazilian birds look progressive for fuck’s sake. I give zero fucks about any super hero anywhere, but I confess I’ve taken a bit of a shine to Ms. Wonder 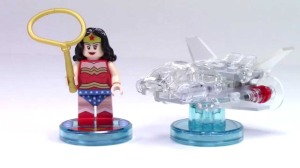 ever since Sean started playing a game called Lego Dimensions. If you haven’t seen it, it’s a video game where you buy characters in a store to literally build out of Legos. There’s Lego Back to the Future (with a Lego DeLorean), and Lego Jurassic World (with a Lego velociraptor), and Lego Ghostbusters (with a Lego Bill Murray!). I felt the game was a little testosterone-heavy so I brought home Lego Wonder Woman (and her invisible jet!) so I could do things like mind-control people with my golden 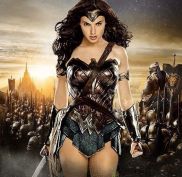 lasso, and hit things with my fancy tiara, and make smarmy pronouncements, and recklessly fly about in my invisible jet, making lots of Lego things explode into coins. Kids may like the Lego warrior Princess of the Amazons, but I for one do not want to have to explain to a 6 year old why a lady is walking around in a metal bathing suit. Rio 2 for the win.