This week’s Thursday Movie Picks theme is father-son relationships. The challenge is to list 3 movies that highlight the theme. I didn’t have to think too hard because this theme seems to be explored exuberantly in so many intriguing ways, so here are 3 off the top of my head: 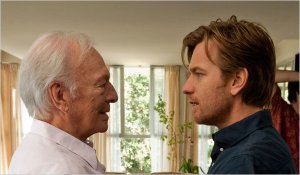 Beginners – Matt has a strong and pervasive dislike of Ewan McGregor so I know he’s disapprove of this pick, but I can’t help it. After the death of his wife, an older man (Christopher Plummer) comes out as gay to his son. There is a real relationship here, a shakiness between dad and son that feels genuine. But the honesty seems to breed closeness and the two embark on a new relationship, late in life, one with understanding and humour. The story is told cleverly and shows a bravery we don’t often see on screen. It’s not necessarily about being gay, it’s about a father teaching his son about what is possible when you open your heart.

Catch Me If You Can – Christopher Walken is the shit. I just love the layered performance in this 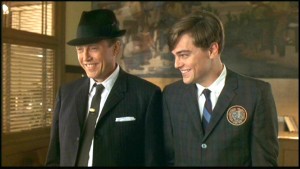 movie. Frank Abignale Sr. is obviously a huge influence on Frank Jr. Clearly this is where his charm comes from, but it’s also where he learns his seething resentment for the world. Even when his father makes for a rather pathetic picture, Frank Jr. idolizes him and chooses a life of crime not just to make his father proud, but restore his father to his former glory. 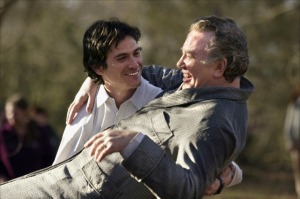 Big Fish – This is one of my all-time favourite movies (sorry, Matt – how did Ewan McGregor end up here twice?). The relationship here is complex – a son is called to his estranged father’s deathbed. He wants to be able to say goodbye to him, but isn’t sure if he even knows him. His father has told grandiose tall-tales his entire life, and those stories have gotten in the way of their relationship. The son thinks they are lies that put distance between them, and the father feels they are essential truths meant to serve as legend. They are his legacy. As the stories are retold, the son (Billy Crudup) comes to understand that the exact facts are not the point. His father (Albert Finney) is a story-teller, each story is infused with heart and meaning, and it’s not what they tell so much as how they’re told, and to whom.

What are your favourites?