Karen (Annette Bening) rehabs the elderly and infirm at work, and takes care of her failing mother at home. She’s angry, and bitter, and fails to connect with others. 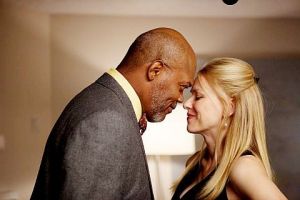 Karen gave birth to Elizabeth when she was 14 and was forced by her mother into giving her up for adoption. They don’t know each other, but Karen has spent her life wondering where her daughter is, and Elizabeth has spent hers leaving people before they can leave her.

Add to the mix: Lucy (Kerry Washington), a young woman who wants badly to be a mother but can’t have children. She’d like to adopt, but the young pregnant woman considering her has an awful lot of hoops for her candidates to jump through. Is it worth it?

This movie makes you wonder about motherhood. What is natural? What bond exists? Writer and director Rodrigo Garcia does a pretty adept job at picking at the scabs and plumbing broken

hearts, but he’s a little too determined with wrapping things up neatly, a little too generous with personal growth. Producer Alejandro Gonzalez Inarritu has his finger prints all over the darn thing too – provocative, with an emotional breadth and the courage to ask uncomfortable questions. Unfortunately, this movie doesn’t have the answers, or not the kind of answers that all women will respond to. What it does have are some pretty stellar performances by the trio of leading ladies. I have never been less annoyed with Watts, or more annoyed with Bening. It was pretty great, but truth be told, I’d rather be watching Philomena.

4 thoughts on “Mother and Child”