When Josh’s Mom dies beside him of a heroin overdose while they watch some crap TV, he nonchalantly calls for an ambulance, and then for his estranged grandmother, since he’s a minor and has nowhere else to go. His mother has struggled to keep him away from her family, consisting of 3 dangerous, criminal uncles, but his grandmother has no such qualms, affectionately letting them use her home as their base of operations.

Very quickly Josh is sucked into this world, and it’s brutal. He’s just a kid, he doesn’t want to be 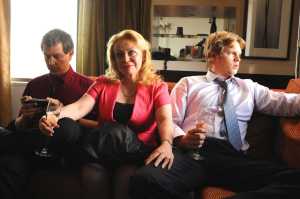 there, he doesn’t have any criminal aspirations, but this is a rough world with few options. For better or worse, this is his pack, and as its weakest member, he knows it’s kill or be killed.

A well-intentioned cop tells him “Everything sits in the order somewhere. Things survive because they’re strong, and everything reaches an understanding. But not everything survives because it’s strong. Some creatures are weak, but they survive because they’re being protected by the strong for one reason or another. You may think that, because of the circles you move in or whatever, that you’re one of the strong creatures, but you’re not, you’re one of the weak ones.”

I think this was meant to scare him into testifying against his family, but it definitely makes him think. Humans have evolved to live in family units for protection and survival, but Josh’s family is full of beasts. They come from a place where your worth isn’t measured in blood or bond, but in how useful you are, or how much of a threat you are. Family means nothing – anyone can be sacrificed if it means advancing your own survival.

Ben Mendelsohn is chilling as the oldest and most feared uncle. He will make your skin crawl. You 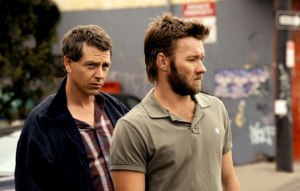 have to admire this movie for airing its dirty laundry so unflinchingly, but that’s what makes it hard to enjoy in the traditional sense. You root for the kid of course, and despair that there’s no one to take his side, and become despondent at his lack of options. Director David Michod takes the slow-burn approach, creating a taut sense of tension that’s hard to shake. Jacki Weaver is SO good in this, so good. She’s the matriarch of this family, presenting different faces to cops and to criminals, and never ever breaking.

This movie is noir but not violent. It’s all about the creep. The fantastic score is all menace. It distinguishes itself among other crime family dysfunction in the genre by being realistic and quite matter-of-fact, and it’s the lack of explosiveness that shocks you in the end. A great film that makes for great commentary, but not something I’ve easily shaken off.