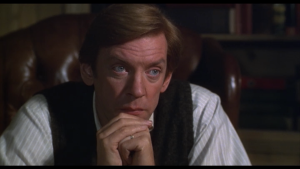 Calvin (Donald Sutherland) and Beth (Mary Tyler Moore) are two ordinary people who meet with extraordinary circumstances when their oldest son dies in a tragic accident and leaves them grief-stricken and unable to cop with their suicidal surviving son, Conrad (Timothy Hutton).

They seem like an ordinary family, but grief has a way of throwing things off-balance, of demanding things of people they are perhaps unable to give. And this family is one of those stiff upper-lip types, with no foundation for talking about feelings, unused to having things go wrong.

Conrad is drowning in survivor’s guilt. His parents are reeling. They are coping alone, poorly, 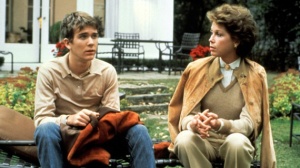 icily, until director Robert Redford skillfully peels back the layers and exposes their beating hearts.

It’s a bit uncomfortable to watch, a bit grim. This is the dirty laundry that everyone’s trying hard to conceal. Judd Hirsch plays a therapist who helps to ruthlessly dissect the great WASP psyche. Even when pointing fingers, the film still strives for sensitivity. For just a little while, the mask of self-control slips, and we’re the recipients of raw pain between searing walls of silence. 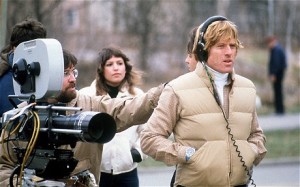 This was Robert Redford’s first directorial effort and it won him the Oscar for best director. It was also the screen debut of Timothy Hutton, and he walked away with an Academy Award for best supporting actor (Mary Tyler Moore was nominated for best actress despite having less screen time than Hutton; she lost to Sissy Spacek for Coal Miner’s Daughter).

Oscar controversy: Ordinary People won the Best Picture Oscar in 1981, some people say “stealing it” from Martin Scorsese’s Raging Bull. Ordinary People is by no means a bad movie, but Raging Bull is a pretty seminal film, maybe the greatest sports movie of all time, De Niro’s a tour de force, and the Academy has a history of snubbing Scorsese. In hindsight, Raging Bull is the one that’s held up the best, and appears on lots of 50 best ever lists, but you can watch and decide for yourself.