If you’re anything other than a baby boomer yourself, then I don’t need to tell you that baby boomers are the absolute WORST generation.

They raped the earth so they could have their cake and some of the other guy’s cake too. There’s a Chevy in every driveway and a chicken in every pot, but at what cost? They didn’t care. They wanted it all, and they took it, leaving things in perilous condition for us. And still they won’t get out of the way. I get it: your 60s aren’t what they used to be. For one thing, you’re still alive. And in relative good health! You still want to feel needed. And so you soldier on, hogging all the jobs with livable salaries and good benefits for yourselves way beyond what’s really fair, and kids out of college are forced to stay in demeaning jobs meant for pocket-money. Their student debt is astronomical and it’s unlikely they’ll ever achieve home ownership, but that’s fine, baby boomers. Keep working well past your retirement age. Your sense of entitlement really suits you!

But what REALLY gets my goat is when these jerks show up at the movie theatre.

First of all, they want the senior’s discount. They have more money than any subsequent 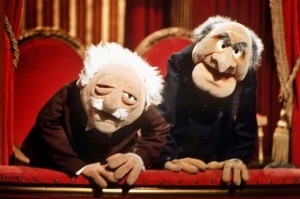 generation will have access to, what with the disappearing middle class, but they will insist on every savings they can get, even though they’re 68 and still working full-time, while the ticket taker has a Master’s in theatre but goes home smelling like popcorn and broken dreams. If you make them ask for the discount, they’re mad, but if you give it to them freely, they’re even madder. Because in his head, he doesn’t look 68. He looks 48 at most! So how dare you give such a youthful looking chap the senior rate! Although definitely give him the senior rate because only an idiot pays full price. The only right thing to say, when taking their money, is: That will be full price sir, even though it’s senior’s day, because I can clearly see from your beard with just a tough of gray that you are much too young and full of vigor to apply, although if you happened to slip me some ID that would prove otherwise, to my complete shock, I would happily give you the discount!

They don’t want to look old or feel old, except for when it suits them. And then they’re playing up the old guy card with vim and pleasure. You see, baby boomers think rules don’t apply to them, and your local Cineplex is but one example of how they work the system.

1. They blatantly bring in their own snacks to the movie even though everyone and their grandmother knows this is patently against the rules. They walk right past the ushers with Bulk Barn bags a-burstin’. Just try to stop them, underpaid teenagers!

2. They’ll sit behind you and talk throughout the entire thing. Not whisper, but actually shout to 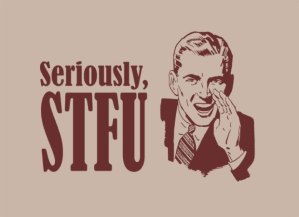 be heard over the annoying volume of the movie by their similarly hard-hearing compatriots. Matt and I had a really trying experience at a showing of Mr. Turner for this exact reason – and the worst part is, the seniors are there because they get cheap tickets. They don’t care or even know what movie they’re seeing. The old fellow beside Matt used the film’s running time to take a nap, the kind that traps us in our seats for the duration, and beyond, but he was much less annoying that the gaggle of friends behind us who gossiped like they were in a coffee shop.

3. And they say the most 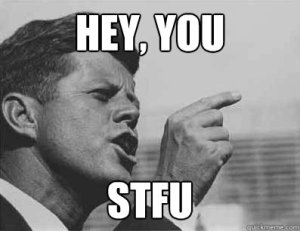 racist shit! Sean and I had the unfortunate experience of being stuck in front of a chatty group of seniors when we saw Lee Daniels’ The Butler. Those boomers could not tell any of the black people apart. When a black guy showed up on a family’s porch in military uniform, one old guy told the others, who needed help following the plot, in full confidence, that it was the son, when in fact it was another soldier there to tell that their son was dead. And you should have heard their discussion when JFK was shot! I mean, these people LIVED through this time period, do they really need help remembering that this guy was assassinated? Assassinated dead? Like, all the way dead? Yes, yes they did.

4. A couple of weeks ago, Sean and I took in a showing of Infinitely Polar Bear during which an older woman texted the whole fucking time. Because the rules don’t apply to baby boomers! And this was still less blatant than the old guy at the premiere of Hot Pursuit who sat in the front row reading from an e-reader the entire time!! What the fuck?

I want to believe that not all baby boomers are terrible people. I really do. It’s just that they seem to insistently prove it to me over and over! So until they can show me that they’re willing to obey the rules that apply to everyone else, I think we need to lobby movie theatres to get special screenings for those over 60 – much like the screenings for parents with young babies, they should have theatres reserved for the elderly. And charge them DOUBLE.

Who’s with me? Every had a terrible experience with old people at the movies? I bet you have!