Not to get all morbid on you, but movie sets aren’t always made of pillowy mounds of cotton candy and chocolatey rivers. And even when they are, things can still go wrong.

The most famous death on a movie set is arguably that of Brandon Lee, while working on The Crow. In 1993, at the North Carolina Film 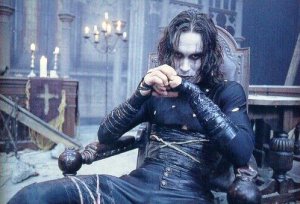 Studios, with just 8 days left of filming, the scene where Lee walks in on his fiancée being raped by thugs was being shot. Michael Massee, playing the villain, fired his prop gun as directed. Unfortunately, a real bullet unseated from a dummy round was lodged in the barrel of the handgun unbeknownst to anyone. A blank was loaded without anyone noticing the real bullet, and when the gun was fired, the real bullet hit Lee in the abdomen. He underwent 6 hours of surgery but succumbed to his wounds.

Things were more difficult in the early days of film, when capturing scenes we wouldn’t think twice about today amounted to a lot more peril. In 1914, while shooting a horseback river crossing for the movie Across the Border, cast member Grace McHugh and camera operator Owen Carter both drowned in the Arkansas River. A decade later, an actress named Martha Mansfield would die when a match, tossed by a fellow cast member, ignited her Civil War costume of hoopskirts and ruffles while filming The Warrens of Virginia. Leading man Wilfred Lytell saved her face by throwing his

heavy overcoat on her, and her chauffeur badly burned his hands trying to beat out the flames and remove her clothing. Her burns were too substantial and she died of her wounds. The next year, a stuntman died in Rome filming Ben-Hur when the wheel of a chariot broke during the race scene. And three people died in 1928, among a slew of other injuries and dismemberment, when several hundred extras were caught in the Noah’s Ark great flood scene. This led to a lot of safety regulations in the industry. But since this list continues, clearly not enough.

During aerial filming for the film Such Men Are Dangerous off the coast of Southern California, two camera-planes collided over the ocean. All ten men on board the two planes were killed, including director Kenneth Hawks, assistant-directors Max Gold and Ben Frankel, cinematographer Conrad Wells, and cameraman George Eastman.

Producer and co-director Varick wanted more footage of the Labrador ice floes for his film The Viking. He and a small film crew joined a seal-hunting voyage which became trapped in ice near Horse Isles and dynamite stored on board (intended for breaking up ice floes) accidentally detonated, destroying the vessel and killing 27 men, including Frissell and cameraman Alexander Penrod.

While filming the charge sequence of The Charge of the Light

Brigade, a stuntman was killed when he fell off his horse and landed on a broken sword that was lying on the field, unfortunately wedged with its blade was sticking straight up. Also, due to the use of trip wires, three dozen horses had their legs broken and had to be shot during filming, resulting in laws to protect animals used in motion pictures. 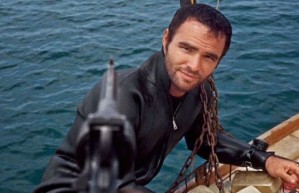 n flick starring Burt Reynolds, a stuntman was mauled and killed by a shark who was supposed to have been sedated. The production company used his death to hype the film. Not learning the valuable lesson that wild animals are dangerous, sound technician James Chapman was mauled to death by a lion during production on the South African film The Last Lion. And in 1979’s Comes A Horseman, during the scene where Jason Robards’ character is dragged to (presumably) his death, stunt man Jim Sheppard was killed when the horse that was dragging him veered off-course and caused him to hit his head on a fence post. The scene made it into the movie, cut right before the horse passes through the gate which killed Sheppard. So it’s respectful, guys!

A.J. Bakunas performed a fall flawless while doubling for George Kennedy in the movie Steel – a tumble from the ninth floor of a construction site. But when he learned that Dar Robinson had just broken his record high fall, hubris got to him. He once again performed his fall from the top of a 300-ft construction site expertly, but this time the air bag split open and he was killed.

On the set of For Your Eyes Only, while filming a memorable high-speed chase in the

bobsleigh run, the four-man bobsled came out of the run at the wrong turn and hit a tree. A young stuntman named Paolo Rigon, was killed.

Another unlucky stuntman, a profession that clearly doesn’t get paid enoug 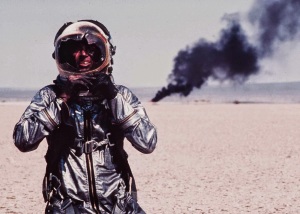 h, met his death while filming a scene for The Right Stuff. In it, he recreates Chuck Yeager’s escape from a stalling NF-104. In real life, Yeager’s helmet caught fire from the ejection seat’s heated exhaust in mid-air. The stunt guy carried a smoke canister during his free fall to simulate such fire. However, this seems to have intoxicated the stuntman, causing him to lose consciousness. He failed to open his parachute and fell to his death.

In a segment of Twilight Zone: The Movie (1983) directed by John Landis, a helicopter was flying too low on set and failed to avoid the

explosions and pyrotechnics being used. A blast severed the tail rotor, sending the helicopter into a tailspin toward the actors. Vic Morrow and Myca Dinh Le (age 7) were decapitated by the blades while Renee Shin-Yi (age 6) was crushed to death when it landed on her. Legal action raged for a decade, and Hollywood shied away from helicopter stunts until the CGI revolution of the 90s. The incident also severed the friendship between Landis and Steven Spielberg, who’d already been angered by Landis’ many code violations.

Art Scholl was a renowned aerobatic pilot and no stranger to airplane stunts, so when the script for Top Gun called for a flat spin 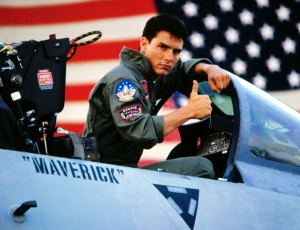 he was the go-to guy for such camerawork. Unfortunately, Scholl entered the spin as usual but was unable to recover from it and crashed his Pitts S-2 into the Pacific Ocean off the Southern California coast. No one knows what caused the crash.

Veteran stuntman Victor Magnotta drowned while performing a car stunt for The Squeeze  in which he drove the vehicle off a Hoboken pier and plunged into the Hudson river. The stunt left him pinned in the car and he could not escape before drowning.

A worker died when he was crushed between two lighting equipment cranes during filming for The Bodyguard. One of the extras was lost at sea during the filming of the jet ski scene in Waterworld . Lost. At. Sea! Over Waterworld.

A stuntman for Vin Diesel in xXx was killed in 2002 while filming a stunt that had already been completed without incident. During the second take, however, Harry L. O’Connor was supposed to rappel down a parasailing line and land on a submarine but when O’Connor failed to rappel down the line fast enough, he a pillar of the Palacky Bridge (in Prague) at high-speed and was killed instantly. His death was caught on camera, and apparently director Rob Cohen decided to include the footage of the scene – with the final moments edited out – out of respect for the stuntman’s final act. Obviously.

Cameraman Conway Wickliffe was killed in 2007 on the set of The Dark Knight, as he rode in a pickup truck driving parallel to a stunt car; the pickup missed a 90-degree turn and crashed into a tree, killing him.

Not all jobs on a set are created equal. Some are inherently more exciting, others more dangerous, and some decidedly less glamorous. A set dresser is the person working under a set decorator and production designer, who physically

places furniture, hangs pictures, and puts out the knickknacks. Jumper, a 2008 sci-fi thriller starring Samuel L. Jackson, used a mixture of frozen sand, earth, and ice for special effects in exterior set pieces. Set dresser David Ritchie was pronounced dead on the scene after a large piece of frozen sand and gravel fell on top of him while dismantling the set in frigid winter temperatures.

You might have gotten the picture from this non-exhaustive list that half of all injuries on set are to a stunt person, and for roughly every 2000 injuries there are 5 deaths, helicopters still leading the way in cause of death – between 1980 and 1990 there were 37 deaths relating to accidents during stunts; 24 of these deaths involved the use of helicopters. So think about that the next time you see a beautiful aerial shot. Someone risked their life for it.

34 thoughts on “Danger on Set”