I only saw the first Now You See Me (1)  grudgingly, which is to say, on a plane. It’s amazing what you can get me to watch when I’m hurtling through space in a glorified tin 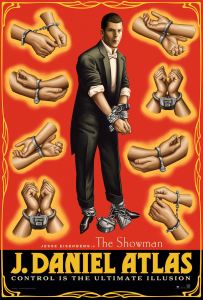 can. Anything to distract myself, even Jesse Eisenberg doing “magic.”

To be honest, I hate magic. I hate the spectacle and the artifice and the hammy, tan people who “perform” it. I hate it. I HATE hate it, the way I hate Nazis and speeding tickets and being tricked into eating vegetables. I have to remind myself, with a shock, that some people actually pay to see magic, while I would gladly pay to not see it. I’d rather not even walk by a street magician, if I can help it. But I’m half-willing to give it a go in the movies because while I also hate Nazis, I concede that some fairly wonderful movies have been made containing them. So I don’t rule Now You See Me out just because it has magic. Or just because it has Jesse Eisenberg, who is quickly ascending my list of things to avoid.

Jesse Eisenberg is joined by 3 other magicians (including a token girl!) to form the “4 horsemen” – the Robinhoods of the magic scene, they spent the first movie stealing from the rich and giving to the poor. You can’t do that without consequences, so they’ve been in hiding this past year and are only revealing themselves in the sequel when their magical governing body, the Eye, calls on them to do so – for a very good cause, I’m sure.

Safe to say a sequel to this blip of filmdom is one trick I never saw coming, unlike all the tricks in the film, which I saw from a mile away. There is no “magic” is Now You See Me 2, which is a real tragedy in this renaissance of practical effects, unless you count the

“magic” of CGI. Or the magic of marketing, I suppose. Definitely not the magic of film making, because this guy was seemingly made in a vacuum of personality. There is no fun in watching card tricks when you know the cards were added digitally, after the fact. And the tricks are not replicable in the real world, so Now You See Me 2 is just another CGI-bloated entry into the super hero genre, only these heroes are super lame and the costumes even lamer (though Eisenberg’s sporting a more Lex Luther-appropriate hairstyle than he did in Batman v. Superman).

But the greatest crime this film commits is its end. We, the audience, have spent 2 hours watching the 4 horsemen play tricks on their audiences, their enemies, their government, and each other. Now they seek to play one on us, and a two minute monologue discredits everything that’s come before and tells us we’ve been played for fools and what we thought was happening really wasn’t. Gotcha! Except the script does absolutely nothing to earn this. To set this up, a script has to leave breadcrumbs, it has to set it up, carefully, craftilly, but dutifully. Or else it’s total baloney. And this, my friends, was grade F deli meat, straight from Oscar Mayer himself. It’s like me suddenly telling you that I’ve been writing a Finding Dory review this whole time…TADA!

What do you mean you’re not convinced? I said ta-da, dammit. What more do you want? A viable story? Some forethought? Common sense? I mean – what do you expect here? This isn’t magic. It’s just a little trickery, and you can either buy in or opt out. It’s up to you.