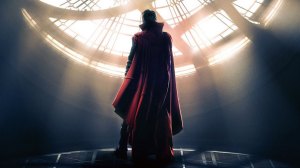 Marvel did it again.  They took another obscure supporting character, built a movie around him, and made me eager to see his next appearance in the ever-expanding Marvel Cinematic Universe.  This time, that obscure character was Doctor Strange, Earth’s Sorcerer Supreme.

Anyone who’s read Marvel comics even sporadically knows who Doctor Strange is, because every so often he’d randomly pop up in your favourite hero’s comic to provide assistance or a few words of wisdom or encouragement.  As you may already know, my favourite hero was (and is) Spider-Man, and every ten issues or so I could count on Doctor Strange appearing through a portal, sticking around for 10-12 panels to move the story along, and then exiting as quickly as he entered. 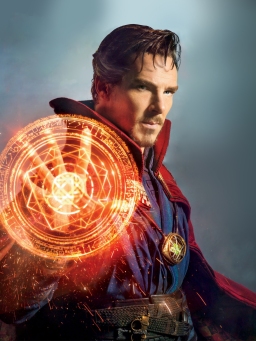 But in this movie, because Doctor Strange is the star, we get to follow him through those portals and see what happens next from his perspective.  And it’s a hell of a ride.  Naturally, I could have done without the origin story but fortunately it’s injected with a welcome dose of humour that makes it speed by.  It helps that the opening scene features a battle that will leave the viewer wanting more and provides purpose and urgency to Strange’s magical training.

The special effects are spectacular and the visuals are glorious in IMAX 3D, just as last month’s sneak peek led me to believe.  It’s probably also tolerable in regular 3D or god forbid, stupid boring flat 2D, but I’ll never know, at least not until the movie comes to Netflix and I half-watch it while folding laundry.

The icing on the cake is that Marvel has assembled some first rate on-screen talent to supplement those trippy visuals, led by the Doctor himself, Benedict Cumberbatch, who is perfectly cast and does his usual baritone voice/good acting thing featuring a solid American accent.  If only I could do a British accent half as well (preferably cockney but I’m really not picky). Taking in a few more episodes of Sherlock can only help, right?

Add some Canadian flavour in Rachel McAdams, doing her regular accent as far as I know (honestly, if we don’t say “about” can you even tell we’re not American?), and a few more Brits in Chiwetel Ejiofor and Tilda Swinton (also both doing American accents even though their characters are worldly people currently living in Nepal), and by my count you’ve got one Oscar winner and three other Oscar nominees, whose talents really help sell silly comic words like Agamotto and Dormammu.  We’ve come a long way since the Stallone-Schneider superteam in Judge Dredd!

Doctor Strange is pure comic book joy.  It’s a welcome November blockbuster that will keep you entertained from start to finish.  I give it a score of nine spiritual goatees out of ten.