Jeronicus Jangle is a magical, fantastical inventor of “jangles and things” (translation: toys). A new breakthrough that brings a toy to life seems poised to make him an incredible success but while celebrating jubilantly in the streets with his wife, daughter, and nearly the entire town of Cobbleton, the newly animated toy (a matador named Don Juan voiced by Ricky Martin) convinces Jeronicus’ apprentice Gustafson that they should steal the blueprints to all the inventions and strike out on their own.

Twenty-eight Toy Maker of the Year awards later, Gustafson (Keengan-Michael Key) is eccentric and wealthy and about to run out of stolen ideas for toys. Jeronicus (Forest Whitaker), meanwhile, is completely ruined. Gustafson didn’t just steal his blueprints, he robbed him of his self-confidence and of the magic that seemed to inspire his inventions. His wife gone, his daughter estranged, and his toy store now a rapidly failing pawnshop, Jeronicus is dejected, and not even the threat of bankruptcy can jump-start his innovations. However, the arrival of his grand-daughter Journey (Madalen Mills) changes everything. Not only does she share his mind for magic, science, and creating, she’s got something even more important: belief.

Jingle Jangle is a bit of a marvel, to be honest. It’s The Greatest Showman meets Mr. Magorium’s Magic Emporium meets Willy Wonka & The Chocolate Factory. Although I loved the film from the minute Phylicia Rashad started reading a fairytale to her grandkids, I was completely sold not two minutes later when a toy store full of whirring robotics and steampunk costumed people break out into song and dance that totally swept me away.

Writer-director David E. Talbert creates a rich fantasy land that is a pure joy to visit. Although it’s not a perfect film, there’s a lot of talent on display. In addition to a truly unique twist on a family-friendly holiday film, Forest Whitaker is a total champ and Keegan-Michael Key is having a blast. Who knew either could sing and dance – or would? Mills is the true star of course; her voice is strong and confident, but so is her soul, and she shines her novice light even opposite legendary luminaries.

From the inspired music to the brilliant production design, Jingle Jangle was a whole lot of fun and I’m both pleased to have a new classic in the holiday genre, but equally pleased that it is holiday-lite, a perfect November (or anytime) watch.

As a young girl, Tiana loved making gumbo with her father, and the two dreamed of opening up a restaurant together. Even after he passes away, she keeps the dream alive, though she doesn’t have the means to make it come true. Meanwhile, Prince Naveen is in town, setting all young hearts aflutter. Unbeknownst to them, the prince is actually broke and needs to marry a wealthy socialite to keep up his lifestyle. Both of our leads are in desperate situations that cause them to act rashly. Naveen strikes a deal with a voodoo doctor, who transforms him into a frog, and thinking that her magical kiss will transform him back, Tiana does so – only it turns her into a frog as well!

Then the adventure really begins, and they traverse New Orleans, befriending

a trumpet-playing alligator and a Cajun firefly along the way. You may have heard that Sean and I are in New Orleans at the moment and time will tell what sort of friends we’ll make – but you can keep in touch on Twitter – @assholemovies.

The Mama Odie character was inspired and by the famed New Orleans storyteller Coleen Salley, even down to her voice. Coleen consulted with the director several times, but never lived to see the completed movie. Her name is mentioned in the credits. Dr. Facilier, the bad voodoo doctor, also takes sinpiration from New Orleans trandition: he looks just like the voodoo god of magic, ancestor-worship, and death, Baron Samedi. The trumpet blowing alligator is named Louis in honour of – you guessed it – Louis Armstrong. Another alligator, a hungry one who tries to eat our heroes, is named Marlon, after Brando star of A Streetcar Named Desire. Marlon is voiced by New Orleans celebrity chef Emeril Lagasse, and even uses his signature catchphrase “Bam!”

Alicia Keys and Tyra Banks both lobbied personally for the part of Tiana. Beyonce was considered but refused to audition (I mean, really). Instead it went to Anika Noni Rose who was relatively unknown to those outside Broadway audiences. She was 41 when she gave voice a 19 year old.

Tiana was of course the first black Disney princess, and though it was about damn time, it wasn’t without controversy. First, Disney had to change the film’s title. Originally called The Frog Princess, the Internet informed them how terribly this sounded, and The Princess and The Frog was born. And Tiana too was renamed – originally she went by Maddy, which the peoples thought sounded too much like Mammy. Because of Disney’s history of being 99% white and 1% ugly stereotype, it’s only natural that this film was experienced under a microscope. And it’s kind of too bad that our first African-American princess spends most of the film as a frog instead of, you know, a black princess.

But it does get to splash the fun, colourful New Orleans as a background, from city scenes to the bayou. And directors Ron Clements and John Musker did some good while they were in town, volunteering for Habitat for Humanity. 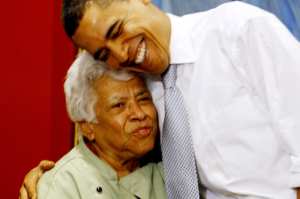 groups could meet, so it became home Civil Rights meetings, even though it was illegal.  Leah is also a patron of the arts, and her restaurant was once considered New Orleans’ best collection of African American art. Dooky”s reopened after Katrina but now operates under limited hours, a decision Leah’s family has made since the 94 year old woman still works as the head chef during its opening hours. Yes, you read that right. Forget Disney princesses: Leah is a formidable woman, and Tiana should be so lucky.