Finally!  It’s hard to say there was a downside to TIFF but it monopolized my movie-watching for its entire 11 days.  And since Jay and I were busy before that doing Amazing Races and Oddball Festivals and other summertime stuff, I didn’t get to see Straight Outta Compton until yesterday.  Which was making me itch a little because I had heard really good things, and I am happy to report that those good things were accurate.  Straight Outta Compton is a very enjoyable history lesson/tribute to some of hip-hop’s founding fathers, most notably Eazy-E.

Having been a 12 year old small-town Canadian kid wh 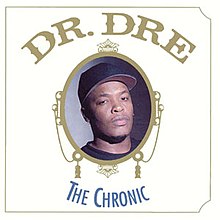 en N.W.A. broke, they were a little fuzzy to me at the time. But now I’m older and wiser, and since turning 13 I got into mid-90s hip-hop, Ice Cube made a lot of movies, and as my record collection grew I got Straight Outta Compton and The Chronic (and All Eyez on Me), so this movie brought N.W.A. into sharper focus.  It’s really staggering to think of how much talent was in this group and how soon it all ended.  It’s  also staggering to think about how much more to the story there is in the Aftermath, which gets hinted at in the end, and which was a nice touch.

I thought this movie flowed really well and was grounded enough in reality to feel authentic.  Again, since I was 12 at the time, I don’t know much about Eazy-E aside that he died from AIDS when AIDS was just becoming real for me because Magic Johnson had it.  So it was really neat to see him be the focus of this movie along with Ice Cube and Dr. Dre.  I expect that DJ Yella and MC Ren had more to do with the group than just being faces in the background but if you are fans of theirs, you will have to wait for their version of this story to get greenlit in order to learn anything about them.  Fortunately for me, I am a Dr. Dre fan primarily and Straight Outta Compton paid lots of respect to his genius.

It helped that O’Shea Jackson Jr. looks so much like his father, but a great casting job was done with the other roles as well.  Even cameos like Snoop Dogg and Tupac work, especially because the voices are eerily similar.  I felt like maybe there was some auto-tune trickery at play but whatever was done, it works to immerse you in this world if you are at all familiar with it.  And Suge Knight is well portrayed too, he’s a dead ringer for the real thing and comes off as bad as he should.  As Jay said while we were watching it, whoever thought it was a good idea to trust that guy deserved what they got.

If you like hip-hop at all, this is a must see.  And even if you don’t, this story is one that may grab you regardless.  It’s an enjoyable movie that captures a lot of N.W.A.’s ups and downs, and is more or less accurate as far as I can remember!  For that, Straight Outta Compton gets eight police brutality charges out of ten.