Did you know that O Brother Where Art Thou? is an homage to/rip off of Homer’s Odyssey?  Probably.  Did you know that neither of the Coen brothers read the Odyssey before writing this movie?  Probably not.  Having not read the Odyssey myself, I can’t say how accurate the movie is, but when the songs are so toe-tappingly great (in a depression-era sort of way), any lingering concerns about literary accuracy quickly fade.

If you read our site even a little bit, you probably know we are big fans of the Coens.  O Brother is the third Coen brothers film I ever saw (Barton Fink was the first, thoroughly confusing a 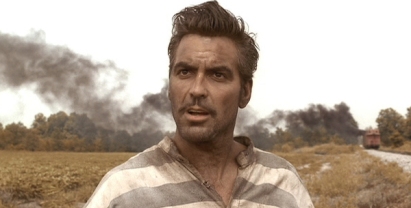 nd terrifying me at age 14, and Fargo was the second, and at age 20 I was not quite ready to embrace the weird mix of funny accents and wood-chipper gore).  I remember finding O Brother much less creepy than Barton Fink and much easier to digest than Fargo (while also noticing that funny accents were featured in all three).  In fact, I would give this movie most of the credit for making me track down other Coen brothers movies instead of writing them off as more of the same from the guys who were responsible for John Goodman and Peter Stormare stalking me in my nightmares.  So thanks, O Brother, for being my gateway drug to The Big Lebowski, No Country for Old Men, Inside Llewyn Davis, Hail Caesar, and so many more!

Basically, if you haven’t seen O Brother, you should.  It’s not necessarily a classic, and for my money it’s lingering somewhere in the 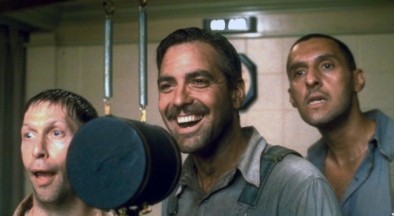 middle of the pack for the Coens, but it’s a great appetizer for their other stuff.  It’s also a fun standalone movie that has a fantastic soundtrack and a bunch of crazy characters doing strange things.  And if you have seen it, why not see it again, if only to notice for the first time (like I just did) that frequent Coen collaborator John Turturro is one of O Brother’s main characters.  Either way, you can’t lose!

O Brother gets a score of eight soggy bottoms out of ten.

32 thoughts on “O Brother Where Art Thou?”