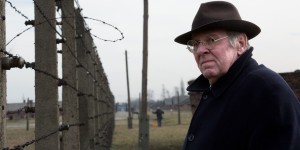 Movies based on true stories were a recurring theme for us at TIFF 2016. Our festival experience included five B.O.A.T.S. in a row. My favourite of those was Denial. As a lawyer, I may be slightly biased toward legal dramas, but if you have even a passing interest in law and order (or Law & Order) then you’ll enjoy Denial.

Denial tells the tale of a defamation lawsuit brought by David Irving, British holocaust denier, against Deborah Lipstadt, American university professor. The claim is brought in England, and as a result in order to defend herself, Lipstadt is faced with proving that Irving is a liar. 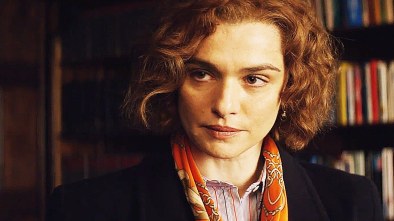 Director Mick Jackson attended our screening and participated in a Q&A session afterward. Jackson confirmed that the courtroom scenes were word-for-word reenactments of the trial transcripts.  That was a great choice by the writers as it makes the scenes feel authentic in pace, tone and style. It was refreshing to me that the real-life scenes were allowed to stand by themselves.

Don’t get me wrong, I enjoy the over-the-top moments a la Col. Jessep’s crossexamination in A Few Good Men, but those don’t actually ever happen in real life. Real life is much more subtle.  Denial embraces that subtlety wholeheartedly and in doing so sets itself apart from your typical lawyer movie. 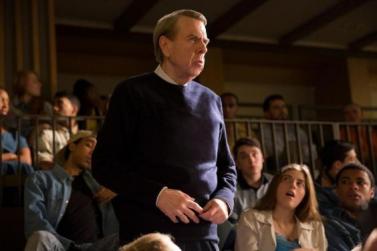 Rachel Weisz puts on her best American accent and convincingly plays targeted Professor Lipstadt as a driven, determined and difficult-to-deal-with client, and Timothy Spall is wonderfully despicable as Holocaust-denier Irving. But my favourite performance by far was Tom Wilkinson as Lipstadt’s barrister, Richard Rampton, Q.C. Wilkinson is just so fun to watch in the courtroom scenes and in the strategy sessions with Weiss and the rest of team Lipstadt, led by Andrew Scott (who, thanks to his role in Sherlock, I was sure would turn out to be the evil mastermind pulling Irving’s strings). He conveys confidence while at the same time hinting at underlying conflict. I can only hope my British accent develops to the point where one day I sound as lawyerly as Wilkinson.

While I practice my accent, you should definitely watch Denial. I give it a score of eight unhandleable truths out of ten.