Can you believe it’s been 5 years already since Paul Walker died? This documentary is an homage to the man that was, and it may not be who you thought it was.

Described variously as “the 4th Paul Walker, in a line of badasses” and a “cute kid who stayed pretty his whole life,” Paul got into acting as a child because his mother encouraged him. The work came easily. It may not have been the career he dreamed of – he thought a lot about pursuing marine biology in college – but both the work and the money were hard to resist.

He grew up Mormon and maintained family values his whole life. He was always close to his 3 siblings, and was thrilled when his daughter, who he had young, came to live with 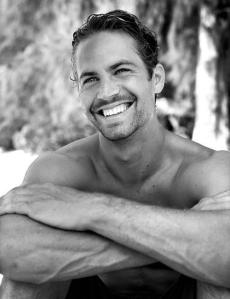 him full time. She made him conscious of time, and he wanted more of it with her. He contemplated quitting acting to have more family time. Notice I said quit acting and not quit Hollywood. He was never in Hollywood, never cared for the lifestyle. If he wasn’t working on a movie, he wasn’t in Hollywood, he was probably out on the water, out dare-deviling, living life to the fullest.

Childhood friends, family members, people he volunteered with, costars – I Am Paul Walker interviews everyone to get to the truth of a man who kept his private life private and his head out of the clouds. And by all accounts, it sounds like Walker was everyone’s best friend, a guy who had “real relationships with everybody.”

Tyrese Gibson, who turns out to have some pretty profound stuff to say about his friend and Fast and Furious costar, says “We’re actors in Paul Walker’s movie.” The directors who admired him and wrote roles for him remember him fondly, his mother aches over his loss, his little brother can’t help but tear up when he talks about the man he idolized.

It always sucks to lose someone so young, but the people who pay tribute to him here leave the impression of a man unlike any other. I wonder sometimes, how much documentaries like this eulogize and in fact lionize the dead, and I suppose it’s only natural that we do that to some extent. What would my documentary sound like? Not nearly as glowing, I’d wager. And yours?

8 thoughts on “I Am Paul Walker”