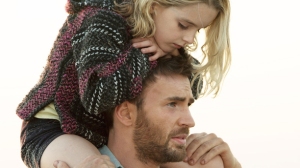 Summer- is a 7 year-old math prodigy named Mary. Mary (Mckenna Grace) has been doing just fine being home schooled by her uncle Frank (a bearded Chris Evans) and hanging out with their neighbour (Octavia Spencer) until Frank decides she needs friends her own age and sends her to public school. It doesn’t take long for her first-grade teacher (Jenny Slate) to discover that she’s a genius and word travels fast to Mary’s estranged but suddenly very interested British grandmother Evelyn (Lindsay Duncan).

For a child prodigy in a movie called Gifted, Mary isn’t that bright. And, believe it or not, that’s a good thing. Compared to the smartass, impossibly wise and witty kids in most Hollywood movies, she’s surprisingly and refreshingly childish. She acts like a kid, talks like a kid, and plays like a kid. She’s just crazy good at math. Like Rain Man good at math. But apart from the advanced calculations that she can do in her head, she’s just an ordinary 7 year-old. And, as played by the also very gifted Mckenna Grace, she’s the best thing about this movie and is much more convincing than an uncharacteristically charismaless Evans. 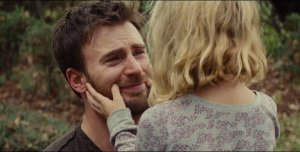 Screenwriter Tom Flynn doesn’t handle complex problems quite as well as Mary does. Because the question of how best to raise any child, never mind such an unusual one, can’t be as easy as his script seems to think. The drama unfolds at a tense custody battle between Frank (who just wants Mary to have a normal childhood) and Evelyn (who wants her to go to some fancy school and dedicate herself to reaching her full potential). There are interesting questions to be had here but Flynn comes up with enough sneaky screenwriting tricks and twists to get out of having to have any of them.

If you can forgive Evans’ bland performance and Flynn’s sentimental approach, there’s a lot to like about Gifted. Actually, I’m quite confident that most people will love it and even be annoyed with me for nitpicking at it. The local audience at Wednesday’s preview screening applauded wildly at at least a half-dozen zingers and speeches. Which is my only real problem with it. It’s an entertaining movie about characters that we care about but it’s more interested in soliciting applause than it is provoking discussion.