This year for Halloween, Gertie dressed up as Ariel from The Little Mermaid. 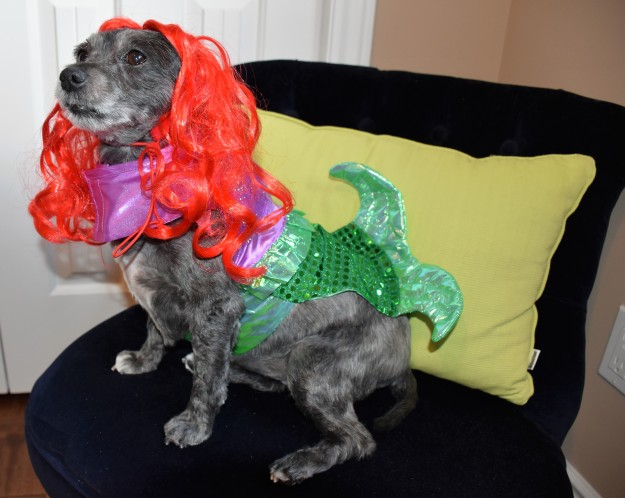 As you can see, she absolutely killed it, even if she did completely hate the wig. But her very convincing Ariel did reveal one shocking fact: Sean had never seen The Little Mermaid. So of course I needed to remedy that oversight, which means we both watched it and to be honest, I have some concerns.

First, was this movie always so racist? I mean, Sebastian (the crab) has an accent that he shouldn’t have. I mean, I’ll describe it as “Caribbean” …possibly Jamaican. The story seems to take place off the coast of some European country, probably Denmark. That’s a pretty far swim for a crab. Voiced by Samuel E. Wright, a black man born in South Carolina, I obviously have to question Sebastian’s provenance. And why does the only “black” (I mean actually he’s red) character in the film sing

about how good it is to be unemployed underwater? He literally calls the land lubbers slaves. But excuse me, there is one other black character, a “black fish” who sings. She is literally panned to for less than a second – blink and you’ll miss her.

So of course while I’m researching this, I’ve come across some other interesting food for thought.

23 thoughts on “The Little Mermaid”