Ugh. You know how they say opposites attract? Well, I wish that was more true. I mean, Sean and I are opposites in some ways: he’s quiet, I’m loud; he’s analytical, I’m passionate and creative. But our flaws are all the same, which is deeply unfortunate. We’re both slobs (Sean will no doubt want to argue this, so I will amend: he’s a slob, I’m just too lazy to clean). We’re both argumentative. We both have poor memory. We’re both procrastinators.

When we saw this movie at SXSW, I’m not even sure we’d gone a full block before I’d declared “not it.” I did not not not want to review this movie. Sean acquiesed, and to be fair, I wrote 27 SXSW reviews, and he wrote 5, so he kinda owed me. Ladies and gentlemen, it’s been a month. As you may have guessed, we’re also both Assholes, and we’re both deathly stubborn. We occasionally bring up this review with much throat-clearing, and then we discuss it in that overly-polite way that couples who have been married a long time have in order not to divorce over literally every third conversation they have. Still no review.

So fuck, white flag, here it is:

There once was a Texan singer-songwriter who went by the name of Blaze Foley. He was a good musician but not a super successful one; in fact, he wasn’t very successful at life. He struggled with addictions and pushed away the woman who tried to love him. He 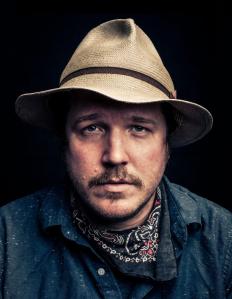 accessorized his western wear with duct tape and lived in a tree house with no plumbing or electricity. He was mentally unstable, volatile, poor every damn day of his life, and then he got shot in the gut and died. Lucinda Williams called him “a genius and a beautiful loser.” Townes Van Zandt suggested “He’s only gone crazy once. Decided to stay.” The only hits he ever had were when his songs were recorded by other people, and even then lots were posthumous (Merle Haggard, Lyle Lovett, John Prine). And for some reason Ethan Hawke just really, really wanted to make a movie about the guy. So, using Blaze’s ex-lover Sybil Rosen’s book Living in the Woods in a Tree: Remembering Blaze as his guide, he did.

If you’re a music nerd who knows the likes of Van Zandt, Gurf Morlix, Guy Schwartz, and Billy Block, then this film is the perfect way to worship your duct tape messiah. Ben Dickey in the title role and Alia Shawkat as his bride are both wonderful. But I found the movie sluggish, the content unremarkable. I think Sean enjoyed the film more than I did (at the very least he could argue as to why anyone would want to make a film about this particular life) but he wouldn’t write the damn review so this is what you get: meh.

Of course, screening the movie on Blaze’s old stomping grounds means having a lot of his musician friends in the audience, and later on stage, which was cool. But I didn’t know the man and I don’t think I’d have wanted to. And if Julia Roberts can’t get me to listen to Lyle Lovett then no one can. So this was a lost cause for me, a bore and a chore.  Sorry, Blaze. I hope you’re resting in peace.