This is going to sound like a stretch, but it basically comes down to our traveling to Mexico over Christmas. If you’ve ever been to an all-inclusive resort, then you know there’s a prescribed set of nightly entertainment. Five years ago, every resort had some crappy version of Broadway’s The Lion King, but I think Disney put the kibosh on that. We had a Jersey Boys night, a Pirates show, and the obligatory Michael Jackson tribute. And the resort also offered a burlesque show. We’ve seen some of the best burlesque in Las Vegas (and some of the worst). We’ve seen burlesque at Crazy Horse and the Moulin Rouge in Paris. We’ve seen some good shit, but having seen what passes for “Jersey” and “Boys” in Mexico, our expectations were appropriately tempered. We thought. What we weren’t expecting was a poor imitation of a reviled movie, but with Santa hats, and even Santa Claus. Merry Christmas eve to us!

In the movie, Ali (Christina Aguilera) is a small-town waitress who moves to L.A. to become a performer. Not a big dreamer, she seems content when she settles at Tess’s (Cher’s) burlesque bar, first as a waitress who has to prove her mettle, then as a performer that everyone else (Kristen Bell in particular) is jealous of.

The script is beyond bad. Like, there’s bad, and then if you keep going beyond bad, past terrible, past horrible even, orbiting somewhere around dreadful, you’ll find the script to Burlesque. Also, in my experience, burlesque involves some form of artsy striptease. In Burlesque, it means lip-syncing in your underwear. Possibly Xtina just can’t do two things at once. And good lord, we wouldn’t want her to.

So we’ve confirmed what we always suspected but never cared enough to validate. Burlesque is bad. Not even campy bad, not even so bad it’s good. It’s surprisingly boring for a movie that features so many beautiful women in lingerie. But you could watch a Victoria’s Secret commercial with the sound off and feel more satisfied than you will at the end of this movie. So thanks, Mexico, for piquing our interest and giving us a reason to seek out a stinker. Couldn’t have (wouldn’t have) done it without you!

Mr. Martinez chases his “making a difference” dreams all the way to backwards Texas where he winds up as the science teacher teaching creationism. Faggy ties are of course verboten here, but not, apparently, backless, braless dresses on the female teachers, or anatomically-correct titty cakes in the staff room. The students are horrid little assholes set on making his first day his last, but their work load is light because this school puts its students’ safety first, and fires him immediately upon learning he’s gay. 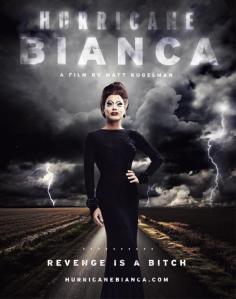 He soothes himself with a little drag and suddenly, he’s inspired: why not Mrs. Doubtfire himself back into a job? So the next day he falsies up everything he can in grand Drag Queen fashion: fake lashes, fake cleavage, fake hair, real sashay, and before his new name “Bianca” can trill off his tongue, he’s sitting in the principal’s lap, accepting the very position he’d been fired from the day before.

The kids are still assholes but Bianca is magically more savvy than Mr. Martinez and she takes no guff. In fact, she unleashes scathing Drag Queen stand-up on her students. This shit was nastier than Amy Schumer roasting Charlie Sheen. There’s no doubt that even Texans would find this less professional and more fire-able than being gay, yet Bianca roasting her students wins her popularity and career stability.

Roy Haylock does a good Mr. Martinez but it’s hard not to like him best when he’s snarky and sarcastic Bianca. Bianca Del Rio is his legit Drag Queen name – you may know Bianca from having won season 6 of Ru Paul’s Drag Race (and if you do, you’re in luck: not only does Ru Paul make an appearance, so does at least one of Bianca’s competitors!). There’s a gold mine of comedy here and I don’t blame writer\director Matt Kugelman for coming up with a pretense for laying it on as thickly as Bianca spackles on her eyebrows. Laughter is more important than authenticity.

The good: Any Day Now

drag queen whose whole life gets rewritten when his junkie neighbour abandons her son one night on a binge (and then gets picked up and put away by the vice squad). Rudy doesn’t quite know what do with Marco (Isaac Leyva), the quiet teenager with down syndrome, but he knows social services isn’t the answer. Together with his new partner Paul (Garret Dillahunt), they decide to adopt the kid and give Marco the kind of stable, loving home he needs. Except: it’s the 1970s. The would-be custody case turns into a witchhunt against the gay “deviant” lifestyle and the court system is quick to condemn them despite loads of evidence of them actually being really good parents. If you’re an Alan Cumming fan, as I am, then stop

reading and just watch it already. It’s worth it just to hear him sing. It’s kind of melodramatic and manages to be both overblown and oversimplified, and yet Leyva’s smile lights up a screen and his two dads, and the fact that it’s taken the script 30 years to be made, remind us why movies like this exist. It has been a hard road for gay rights, but this film transcends that to point not just at the men who are being discriminated against, but the poor kid whose needs are being ignored because of a reprehensible justice system that fails to reflect any humanity. Warning: total tear jerker.

The not so good: Flawless

, where Robert DeNiro plays a retired cop who strokes out during a crisis in his building. He’s too proud to leave his apartment after the resulting partial paralysis 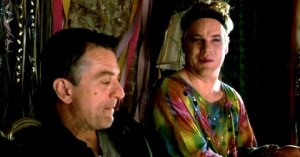 and is forced to hire a drag queen called Busty Rusty (Philip Seymour Hoffman) to help him in his recovery. Neither is very happy about the arrangement, and lots of gay slurs and hate speech is bandied about, but as you know from all oddball couple movies, they’ll soon grow to like each other, and then grow to need each other: aww. The script is…oh you know, some clever synonym for absolute failure (real sample: “You shot me? Why’d you shoot me?…You shot her! Why’d you shoot her?”…Normally I’d say you can’t make this shit up, except Joel Schumacher did). The drag queen character is…offensive. At best. It’s complete stereotype and would have been outdated even in 1999. I feel embarrassed for having watched this.

Dave Chappelle was awesome. All-caps awesome. AWESOME. We’d seen him before at the Funny or Die Oddball Comedy Festival in Chicago (with Flight of the Conchords!) and found him even more hilarious in person than even his brilliant show of yore, Chappelle’s Show, suggested. The fact that there was a surprise appearance and performance by Mos Def made it, like, astronomically all-caps awesome. 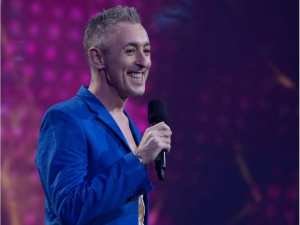 it’s just always been there. And he’s so much more than his American film credits would have you believe (he was Nightcrawler in X-men 2). If you have Instagram, you can hear Sean and I singing along on his post – live from Montreal, it’s Saturday night on Broadway. And while all of the acts that he hosted were excellent (Todd Glass being a particular favourite, since Sean and I happened to sit beside him on our recent flight from Los Angeles to Montreal, and when he went into a bit about a crazy lady on an airplane who ate a KitKat with deliberate and infuriating slowness, we gave each other accusatory but conspiratorial looks). However, there was one act that I was much less enthusiastic about. 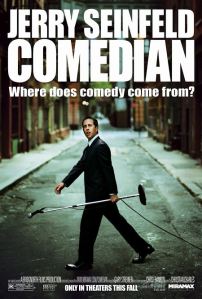 So there’s this excellent documentary you may have seen simply titled Comedian. And it’s basically about Jerry Seinfeld, post-Seinfeld, after he retired all his old material and is now on the comedy circuit, trying out new material. It’s an incredibly insightful look at the comic’s creative process, the writing and the honing and the practise. As I love stand-up, I adore this film. It doesn’t hurt that it includes bits from other comedians I really admire – Colin Quinn, Gary Shandling, Chris Rock. It also features a young comedian called Orny Adams, up and coming but already the ego on this kid.

It was painful for me to watch this kid beg for celebrity, a complete unknown talk about all the jealousy he’s encountered. And then stand him beside Jerry, who is bigger than big but doesn’t seem to have an ounce of ego to him, and is humbling himself night after night in front of audiences, and even he is kindly shaking his head at Orny’s hubris. In Comedian, Orny Adams is actually chasing his frist spot on the Just For Laughs Festival line-up in Montreal. And I hated every minute of his footage. Hated it. He was such an annoying douche, complaining about how he mysteriously wasn’t famous yet, though none of his material made me laugh in the least. Of course, when the audience fails to laugh, or only laughs politely, he blames them. They’re all wrong, he’s still right. When senior comedians offer him advice, they’re cocksuckers. There’s not a humble bone in his body, or, as far as I can tell, a funny one.

I took away a lot from this particular documentary: respect for the craft, and a better understand of the crippling insecurity behind most acts, but I also took away an astounding dislike of Orny Adams. Rewatching the documentary today, I see he’s even more annoying that I remembered him. But watching him on stage on Saturday, his set was near-perfect. Tight. We laughed. I don’t know if he’s grown as a person, but he’s definitely grown as an artist,