Robert Rodriguez has two very different speeds when it comes to making movies: ultra violent, and children’s action-adventure. These may seem fairly disparate, but I think Rodriguez has just tapped into the truth that grown men and small children want pretty much the same things when it comes to movies, though one demographic wants a generous side of boob a little more than the other. The Adventures of Shark Boy and Lava Girl 3-D was my first Robert Rodriguez movie; imagine my surprise when years later I discovered his oeuvre wasn’t all spy kids and junior super heroes.

We Can Be Heroes is Rodriguez’s newest film, a family-friendly one for Netflix. It’s not about super heroes, though it does have plenty of them in it, including Rodriguez’s old friends, Lavagirl and Sharkboy, who are now all grown up (the original Lavagirl Taylor Dooley returns, but Taylor Lautner is replaced by JJ Dashnaw) and fighting as part of the Heroics team, which includes Miracle Man (Boyd Holbrook) and Tech-no (Christian Slater, for some reason), and is led by Marcus (Pedro Pascal) from his office. Marcus doesn’t fight anymore, a promise he made to his daughter Missy (YaYa Gosselin) due to his single-father status. But when aliens invade, the first thing they do is round up and neutralize all the super heroes, leaving behind only their children, who take it upon themselves to save the day. Missy is the rare super hero offspring who seems to have no powers of her own, but is a natural born leader – a challenge to Wild Card (Nathan Blair) who is technically able to assume any power but lacks the focus to do so reliably. Also in their little gang: Noodles (Lyon Daniels), a tween who can stretch his limbs to Elastigirl limits; Wheels (Andy Walken), a kid in a wheel with a predictable nickname who’s actually as strong as he is smart; Ojo (Hala Finley), a girl whose strange drawings seem to predict the near-future; twins Rewind (Isaiah Russell-Bailey) and Fast Forward (Akira Akbar) who can do with time exactly as their names suggest; Facemaker (Andrew Diaz), who can rearrange his features a la Mr. Potato Head; Slo-Mo (Dylan Henry Lau), whose super questionable skill is doing everything very slowly; A Capella (Lotus Blossom), whose song notes can make things levitate; and little Guppy (Vivien Blair), the adorable offspring of Sharkboy and Lavagirl, who can move and manipulate water.

Their parents, the real super-heroes, were captured because they failed to work together. Their squabbles broke the team up and left them vulnerable. Their kids will have to learn to do better, to make their special skills complement each other’s if there’s to be any chance of saving the earth from alien domination. To make matters worse, Heroics HQ is headed by Ms. Granada (Priyanka Chopra Jonas), whose motivations are questionable. Who can they trust and how will they save the world? And how will they manage to carry out such an important mission on their very first? You’ll have to watch to find out, but suffice to say, kids in the audience will likely be pleased. Adults not so much. The kid acting is nothing to write home about. Missy, the lead, is inconsistent, and A Capella, the singer, is downright annoying, a smug little shit who can’t stop hogging the spotlight. Noodles and Guppy are quite watchable though, with Guppy especially cute when she goes into “shark frenzy” when she loses her temper.

I applaud the attempt to come up with some half-way original super powers as most grown up movies don’t even do that. They’re not all winners, but everyone gets at least one moment in the sun. And there’s a training montage that I know is going to be a huge hit for at least four boys that I know, two of whom just got obstacle course stuff (like slack lines) so they can do ‘ninja warrior’ training at home, and two of whom already have a course or two set up thanks to their intrepid grandfather who grants all kinds of adventure wishes. This movie makes their super hero fantasies a reality, and it validates their contributions, present and future, to society. When so many forces tell them they’ll have to wait to grow up, this movie tells them they’re valuable, resourceful, and capable right now – and that’s the kind of soul food that nourishes their dreams, even if the packaging seems kind of corny and uninspired to you and I. So while We Can Be Heroes isn’t a great movie, it’s destined to be kid-approved, and might even inform their play and pretend for the rest of their holidays, which means less work for you! That’s what we call a win-win.

Alita: Battle Angel has robots, cyborgs, martians, floating cities, subterranean caves, hyperviolent arena sports, space battles, and an all-seeing immortal dictator pulling the strings behind the scenes.  And somehow, it manages to make all that stuff boring.  Like a three-handed guitar player (and make no mistake, Alita includes a three handed guitar player), Alita: Battle Angel is far less than the sum of its parts.

The titular Alita (the Battle Angel, as it were) is found by Dr. Ido (Christoph Waltz) in an Iron City garbage heap. Well, Alita’s head and shoulders are, but the rest of her body is missing. Turns out, Alita is a 300 year old cyborg from before the “Fall” and Dr. Ido really easily brings her back to “life”. Like, it’s no trouble whatsoever for him to reboot her, and you might wonder why no one else has tried for the last 300 years.  But don’t, because if you start asking questions like that about this movie, you will never be able to stop.  Trust me.

We come to learn that in Alita the “Fall”  was a war between martians and Earth’s floating cities, rather than a name for the second worst season (anyone who thinks fall is worse than winter has never lived through a real winter), or an elevator between Australia and post-Brexit London (doesn’t it seem like Boris Johnson’s plan for Brexit might be to build that stupid elevator from the worse Total Recall? But I guess that makes sense when Donald Trump seems to have already ripped off the Mars colony part from the also-not-great original).

The only floating city that didn’t fall happens to be the one directly over Iron City, and oh yeah, Alita was found in the garbage falling from that floating city, and oh yeah, somehow after 300 years she still is in great condition without her body even though if any other cyborgs in this movie lose a finger they instantly die (except where screaming would add dramatic effect). Also, the only way to get to the floating city, obviously the home of the immortal dictator guy (Edward Norton!?! I had no idea he was even in this but of course Jay spotted him right away), is to win the Motorball championship (like a White House visit, I guess), but there is infinitely more political commentary in the previous two paragraphs of this review than in the whole of Alita. That’s probably for the better, considering how brainless this James Cameron script is. This was the best he could do after working on it for TWO DECADES?

There’s more back story and then some Matrix-lite fight scenes with a lot of cyborg spines and blue goo, but at this point I hope you are realizing that it doesn’t matter because it is all really stupid and you should avoid this movie at all costs. Some of the cyborgs might be kind of cool I guess but when Christoph Waltz, Jennifer Connelly, Mahershala Ali and Edward Norton clearly can’t be bothered with this movie, why should you? 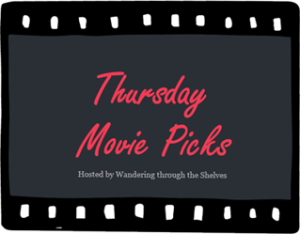 One of the most iconic Hollywood images of the ’90s was, well…

I was 15 at the time and loved every minute of Independence Day. It was, if not the first, the most impressive alien invasion of earth that I’d ever seen. If you’ve seen the movie, you know the aliens lose. There are smarter aliens out there (and smarter writers than Dean Devlin) who know that if you attack us from the sky with lasers, it’s just going to piss us off. Hiding in plain sight and attacking us from within? That’s just crazy enough to work and it’s a theme in all three of my picks this week.

Invasion of the Body Snatchers (1956)– Some of the scariest movie aliens I’ve ever seen are plants from space that take control of a human hosts body. The catch is that, once they’ve got a hold of you, you need to fall asleep for the snatching to take effect. When I first saw this when I was in high school, I couldn’t imagine anything more scary or more relatable than having to fight off sleep to stay alive. This has always been one of my favourite sci-fi movies and, rewatching it this week, I couldn’t believe that I had visited one of the filming locations when I was in LA last month without even knowing it!

The Faculty (1998)– The modern-day king of B-movies Robert Rodriguez teams up with Scream screenwriter Kevin Williamson in this nearly perfect union between witty and silly. A Breakfast Clubish mix of students from different walks of student life must fight for their lives and their community when they start to realize that their teachers are being controlled by body snatching aliens. Usher is the star quarterback. Jon Stewart is a nerdy science teacher. Salma Hayek is the nurse. This is the perfect movie to treat yourself to after sitting through… 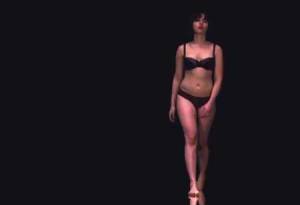 Under the Skin (2014)– The alien doesn’t exactly hide in plain sight here. After all, there’s nothing plain about Scarlett Johansson. She cleverly uses her appeal though to lure men into her clutches though, with graphically aroused men continuing to walk towards her even as they are already starting to sink into her black pool of doom. Under the Skin is creepy as hell (check out Jay’s excellent review of the score) and not much fun. Alien invasion here is more a metaphor for… what exactly? I’m only about halfway there in figuring that out.