One of the things I loved most about Creed (as mentioned in my review) was how nostalgic and referential (even reverential) it was about the previous Rocky movies.  I’m still thinking about the references I caught and wanted to spend a little more time with them here.

Lots of spoilers follow, so with that said, once you’ve seen the movie come inside and let me know what you thought!

In the original Rocky, Rocky has an obvious crush on Adrian, who works in a pet store.  Rocky breaks the ice by starting a conversation about turtle food (and Rocky is somewhat of an expert since he actually has pet turtles).   That leads to the start of Adrian and Rocky’s relationship, and Adrian is a key part of the franchise the rest of the way, even after her off-screen death between Rocky V and Rocky Balboa.

In Creed, we catch a glimpse of one of Rocky’s turtles as the camera pans away from Adonis and Bianca as they are getting naked on Rocky’s couch.  Clearly, as Creed’s story continues, Bianca is going to be as important to Adonis as Adrian was to Rocky.

When Rocky’s An Underdog, Bet on it Being a Split Decision 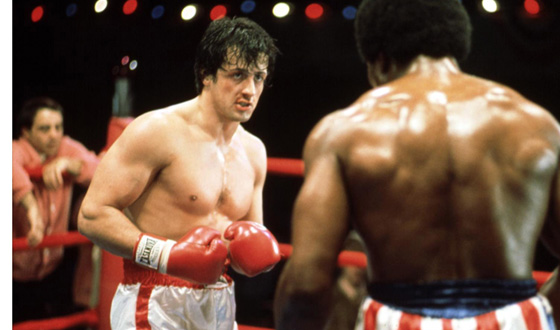 In Creed’s title fight, where the unproven Adonis is thrown in against the #1 pound-for-pound fighter in the world, against all expectations Adonis goes the distance and loses…in a split decision.  I absolutely loved that outcome – it couldn’t have ended any other way for Creed as Rocky’s spiritual successor. 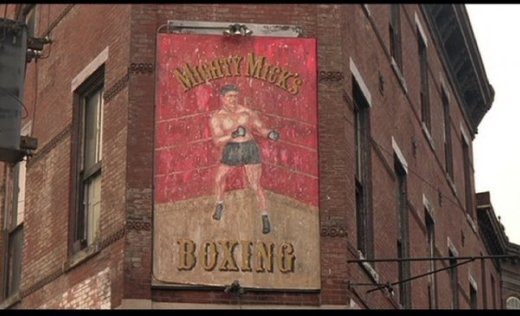 Adonis’ big break also comes as a result of his time at Mighty Mick’s, as it’s only after Adonis fights (and beats) the son of the gym’s new trainer that the world learns that Apollo Creed is Adonis’ father.

It’s clear that Rocky did not take Mickey’s advice on avoiding women, as Rocky and Adrian got together in the weeks before Rocky’s title fight with Apollo.  But that didn’t stop Rocky from giving the same advice to Adonis, 40 years later.

Rocky redeems himself, though, by bringing Bianca to the U.K. in one of the nicest moments in Creed (I loved Rocky’s premature, “Who’s at the door?”).

Creed makes sure we know that Rocky stills rocks a fedora anytime and every time he’s outside the ring.  Not much has changed style-wise for Rocky in 40 years.  Just like his training methods, Rocky’s style is set and he’s not changing nothin’ for nobody.

In a Rocky movie/spinoff, you’re guaranteed to get a training montage.  After all, Rocky invented and then perfected the concept.

Since Rocky is now training Adonis, Creed naturally contains a lot of the same moves we’ve seen Rocky use, including rope uppercuts, chicken chases, and running through the streets of Philly being chased by kids (though Creed ups the ante by putting those kids on motorbikes)!

Apollo showed off his stars and stripes trunks (and hat and vest) in Rocky IV, just before getting murdered (literally) by Ivan Drago.  Rocky also wore similar trunks while getting revenge on Drago later on in the same film (as well as in Rocky III).

The patriotic trunks make a return for Adonis’ title fight in Creed, bearing both Adonis’ legal last name (Johnson) as well as his dad’s name.

Climbing the Steps (/Repaying the Debt)!

The climax of the original training montage was, of course, Rocky making it to the top of the steps at the Philadelphia Museum of Art.

Not only do we get to see Rocky and Adonis pay homage to the iconic scene as a fitting finish to Creed, the step-climb is Creed’s payback to Rocky for agreeing to be his trainer.  And that’s a wonderful homage to Rocky III, where the movie ends with Apollo getting a rematch against Rocky, in exchange for Creed agreeing to be Rocky’s trainer.  Perfect.

Those are the callbacks in Creed that I noticed and loved.  So tell me, did I miss any?  And which ones were your favourite?