It’s always nice when a comic book movie doesn’t take itself too seriously. Deadpool makes clear from the opening credits that there is no danger of any seriousness here. Throughout the movie, Ryan Reynolds keeps that lighthearted vibe going by dropping references to every other comic book movie he’s been in, as well as a few that he hasn’t, and keeping the patter going even during what would be serious scenes in any other superhero movie. 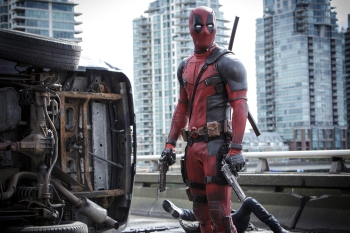 Deadpool delivers, plan and simple. It is big, loud and stupid, just like it should be. After all, the main character(a) is insane; (b) is immortal; and (c) knows he is a comic book character. There’s really not any need for pretense – we came to see craziness and that’s what Deadpool gives us, from start to finish.

There’s even a bit of love to be found, but only to inject some tension. Since Deadpool can’t be hurt, someone else has to be in danger so the climactic fight means something. But for the most part, Deadpool gives us the merc with a mouth in all his glory, drawing with crayons, forgetting his guns, doling out terrible life advice, and generally being the worst hero imaginable.

And that’s okay! We don’t need all our superheroes to imitate 1960s Batman. Deadpool didn’t teach me anything and I respect it for not trying to. Though I could have done 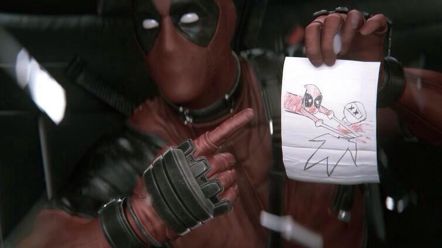 without another superhero origin story. It’s not necessary, it’s lazy, AND I’m pretty sure they already did Deadpool’s origin in Wolverine: Origins (though I’m also pretty sure they screwed it up). So Deadpool makes a misstep there but it’s forgivable since it keeps us laughing while it spins its wheels.  And really, the comedy is the whole point anyway so it’s not a major complaint, it’s just my critical two cents.

Overall, I enjoyed Deadpool a lot (and a lot more than I expected to).   I give it a score of seven self-mutilating escapes out of ten.